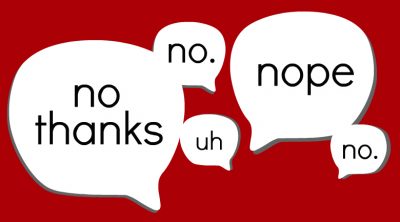 I’ve been a blog-lite blogger lately. Oh, yeah. And by “lite” I mean about 1000 miles away from being motivated to move fingers over my keyboard.

Having your marriage shit-canned by a bad guy douchebag can have that affect on a person. But, hey! On the plus side, he’s now someone else’s problem.

But it’s been hard, sitting at my laptop to have this happen:

Fucking terrifying to think he left and took all my words with him. But I’ve tried to not let the word pool dry up completely by blogging on The Nudge Wink Report and over at Long Awkward Pause. Not my best work but it’s words on a page and that’s all I need. To keep the tap dripping.

Yesterday something I read on Facebook made me laugh to hard I snorted an entire olive pit out my nose. Thankfully the vodka in my martini glass only slopped over a bit and my afternoon delight was not ruined.

And that’s when I realized that while the words may have been on hiatus, my humor was still alive and kicking ass. For the past four months, I’ve been big into inspirational quotes. Some I’ve posted on Twitter and Facebook with the odd one on this blog. It’s been good to know that other people have gone through what I’ve experienced and understand the pain. It’s fucking disturbing that so many have had to deal with their own version of an emotionally-challenged six-year old with no soul.

But after that almost-swallowed-an-olive-pit episode, I realized that while most words on inspirational quotes ring true for a lot of people (me included), the images that go with these quotes are seriously flawed.

What’s with the beaches? What’s with the top of the mountains? Why is everyone running? Every day seems to be sunny. And everyone is wearing shorts. Or cute summery tops. Flowers are everywhere. And there’s so much sand you could get sand in places one shouldn’t get sand.

The running I get. When you’ve been emotionally raped, you want to run as fast as possible to where they are not. Note to self: buy some kick-ass kicks the next time I’m at the mall.

But so far I haven’t seen images that really speak to me. You know what I mean. The ones where someone is sitting curled up in a chair surrounded by empty bags of chips in front of a television watching “Scandal” and licking chocolate off the wrapper.

Does truth in advertising not apply to the search for motivational mojo? Because while beaches and sunny days and striking tricky yoga poses while wearing a figure-hugging bikini is what we’d all like to aspire to when searching for inspiration, most of us don’t have the luxury of finding our bliss on a beach. Unless you count the two week holiday you take down in Cabo in the middle of February. And even then it’s hard to fit in a year’s worth of inspiration into 14 days, minus two days for travel and jet lag. And if you’ve got kids, depending on their temperament and the thought of two weeks jacked up on unlimited everything, you could be teetering on the red side of that equation.

The reason we wait is we’re waiting until the bank account can take a $2000 hit while still being able to eat and buy gas for the car.

Then there are the images related to strength. Finding strength. Being strong. Building up your don’t-fuck-with-me muscles.

I never knew this but apparently you can only find strength in fabulous far off locations like Paris. I have a three-page list of reasons why I’d like to live in Paris. Strength training was never on that list. And if I have to pack dumbbells that would put me seriously over the weight allowance with the airlines.

So where does this leave me? With an active imagination and a super-sized sense of humor. While I can’t afford to go to Paris, I can picture it in my mind…sitting down at a table for two. Lightly sweating under a golden sun. Reaching out to take a sip of a luxurious red wine while the incredibly yummy man next to me leans over to whisper sarcastic nothings in my ear about the lady sitting next to us who is asking the waiter why there is no low-cal dressing on the menu. While I ask for extra bread.

And if that fails, I will crank up the wood stove, pull on my yoga pants, not vacuum (for that realistic beach effect of getting crap stuck between my toes), put on Madonna, and strike a (yoga) pose.

I think I can just about get into the Goddess pose if I stretch for about 30 minutes first.

In the end, though, it comes down to something simple. The answers to most questions usually are…

How about you? Ever come down with a case of writer’s block? How did you cope?

See those buttons? Press one and help a blog grow. (PS: you are fabulous)

Blogdramedy is a recovering communications specialist who now spends her days helping non-profits communicate effectively. They rarely listen to her advice. When she's not doing that, she writes Upside of Sideways and is a field reporter for The Nudge Wink Report -- both on WordPress. https://upsidesideways.wordpress.com http://nudgewinkreport.wordpress.com View all posts by Blogdramedy

23 thoughts on “The Search For My Words”

Here's where you use your words. Cancel reply